Our latest blog entry! Check it out:

FROM PHARAOH TO FASHION: A HISTORY OF EGYPTIAN REVIVAL JEWELRY 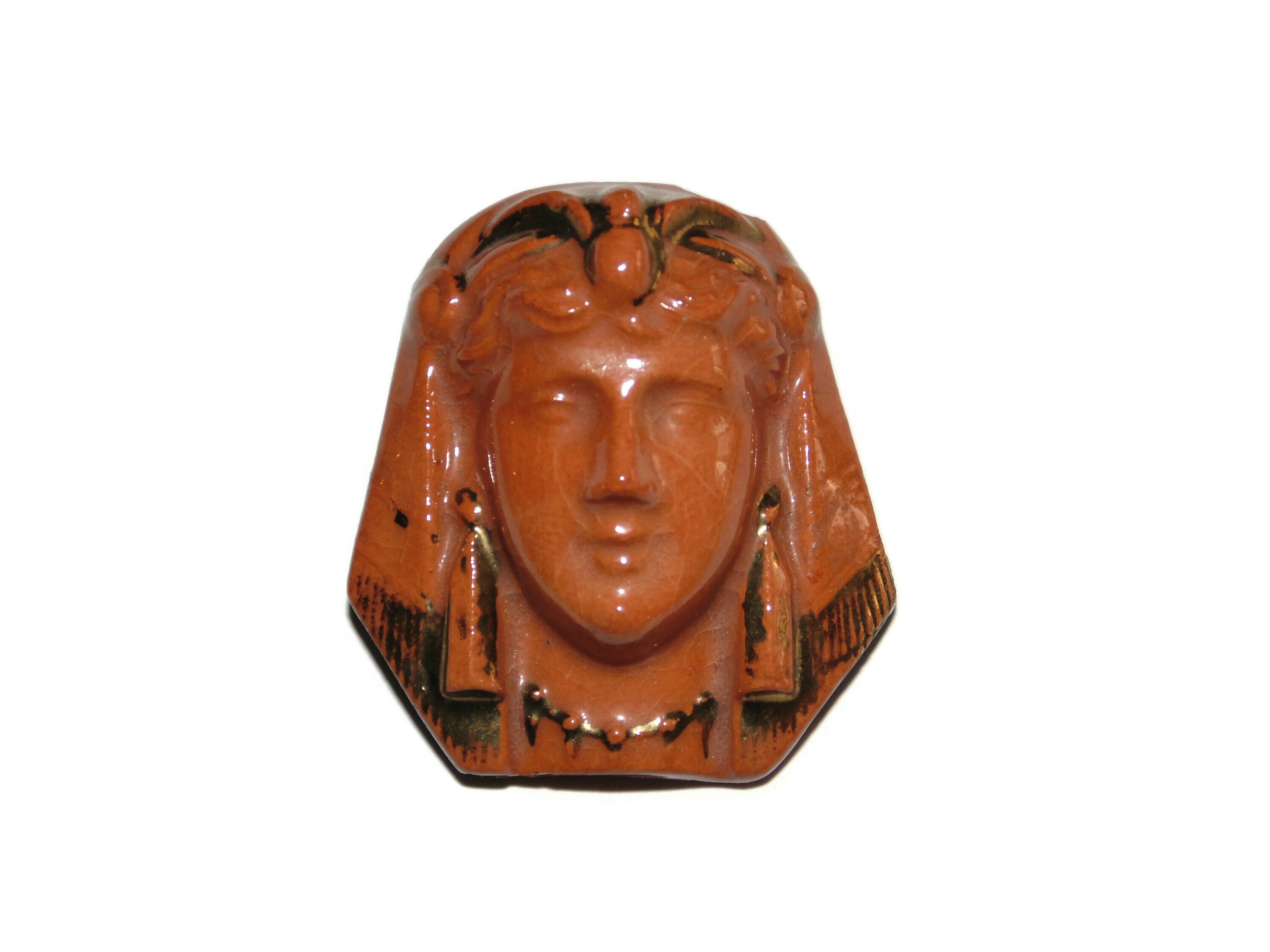 Link to the items: All Egypt Related Jewelry

Ancient Egypt has provided a wealth of inspiration to artists and designers over the past two centuries.  Several significant events in the region contributed to the public’s interest in antiquity and created a demand for design that brought the exotic into everyday fashion. 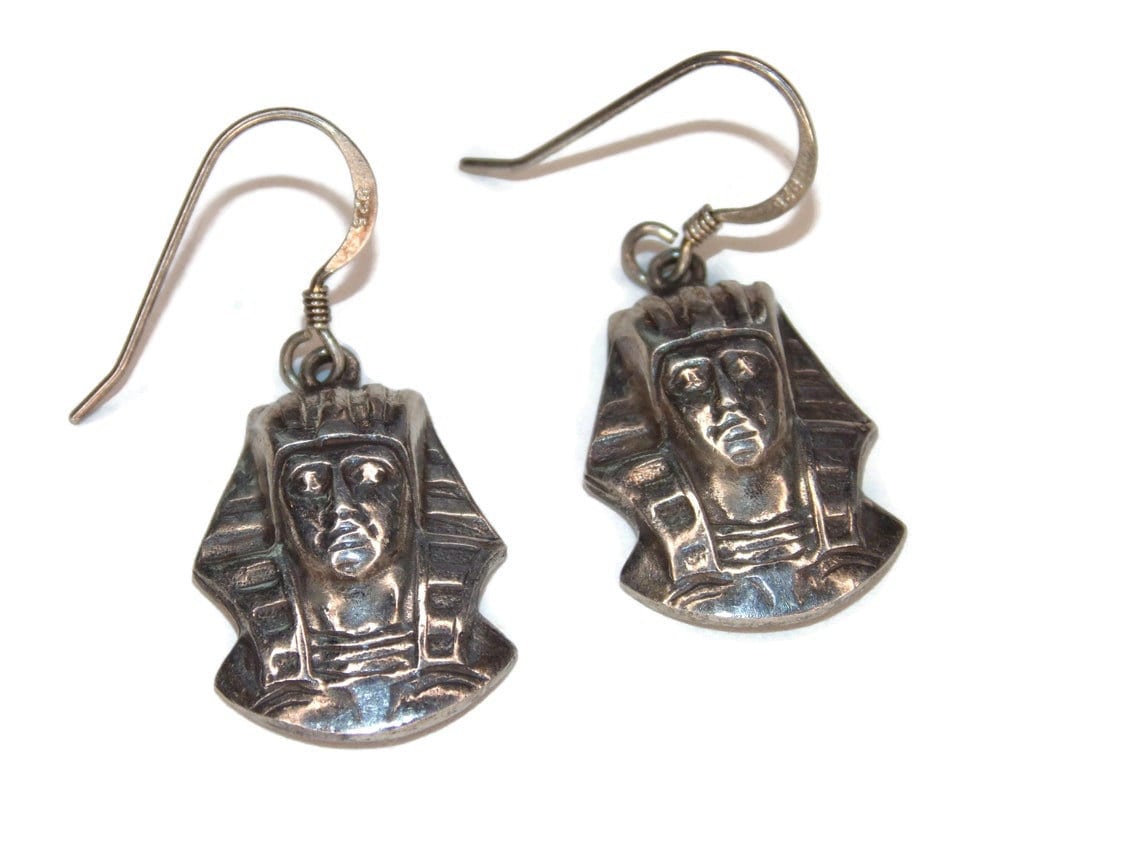 Ancient Egyptians brought a real artistic eye to jewelry design and ornamentation.  Though Ancient Egyptians prized silver for its rarity, they used gold often and perfected many of the techniques that would eventually be used in modern jewelry making.  Some of the jewelry techniques we associate with Victorian jewelry (repoussé, granulation, filigree, and chasing), were practiced as far back as 1700 B.C.

Gems such as carnelian, amethyst, garnet, lapis lazuli, and turquoise were used frequently in jewelry, often chosen symbolically based on the stone’s color.  Beadwork was popular, especially in graduated designs with accent spacer beads.  In the latter part of the era, hoop earrings and earplugs were commonly worn.  Other types of jewelry worn during this time include bangle bracelets, anklets, and collar necklaces. 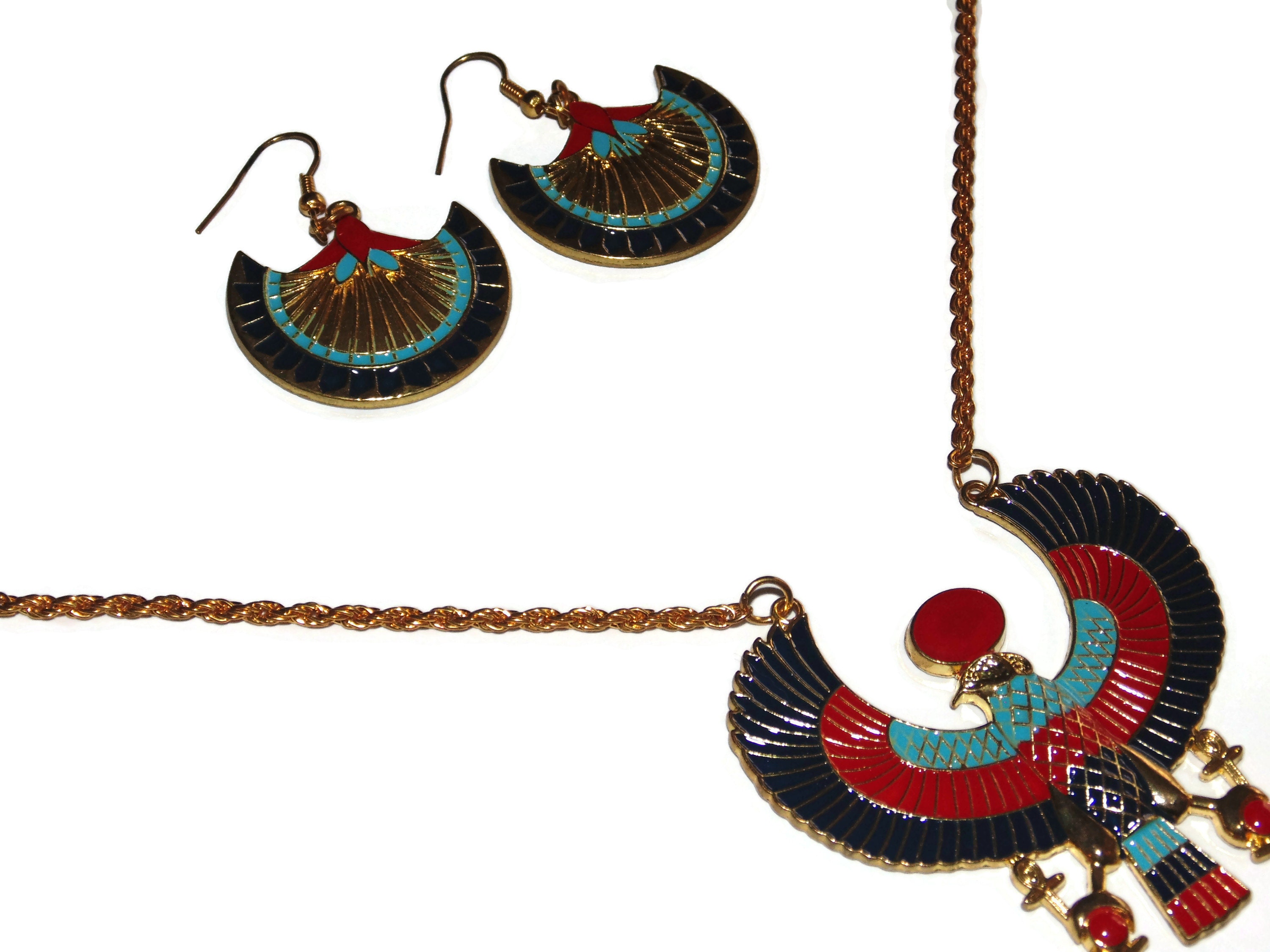 The scarab beetle figured prominently in Ancient Egyptian jewelry, symbolizing the god of the sun.  Carved from stone, the underside of the scarab usually was inscribed with hieroglyphics.  This could be strung on gold wire and attached to a ring, forming a kind of reversible signet ring.  The ankh and eye of Horus are also important protective symbols that were depicted in ornamentation. 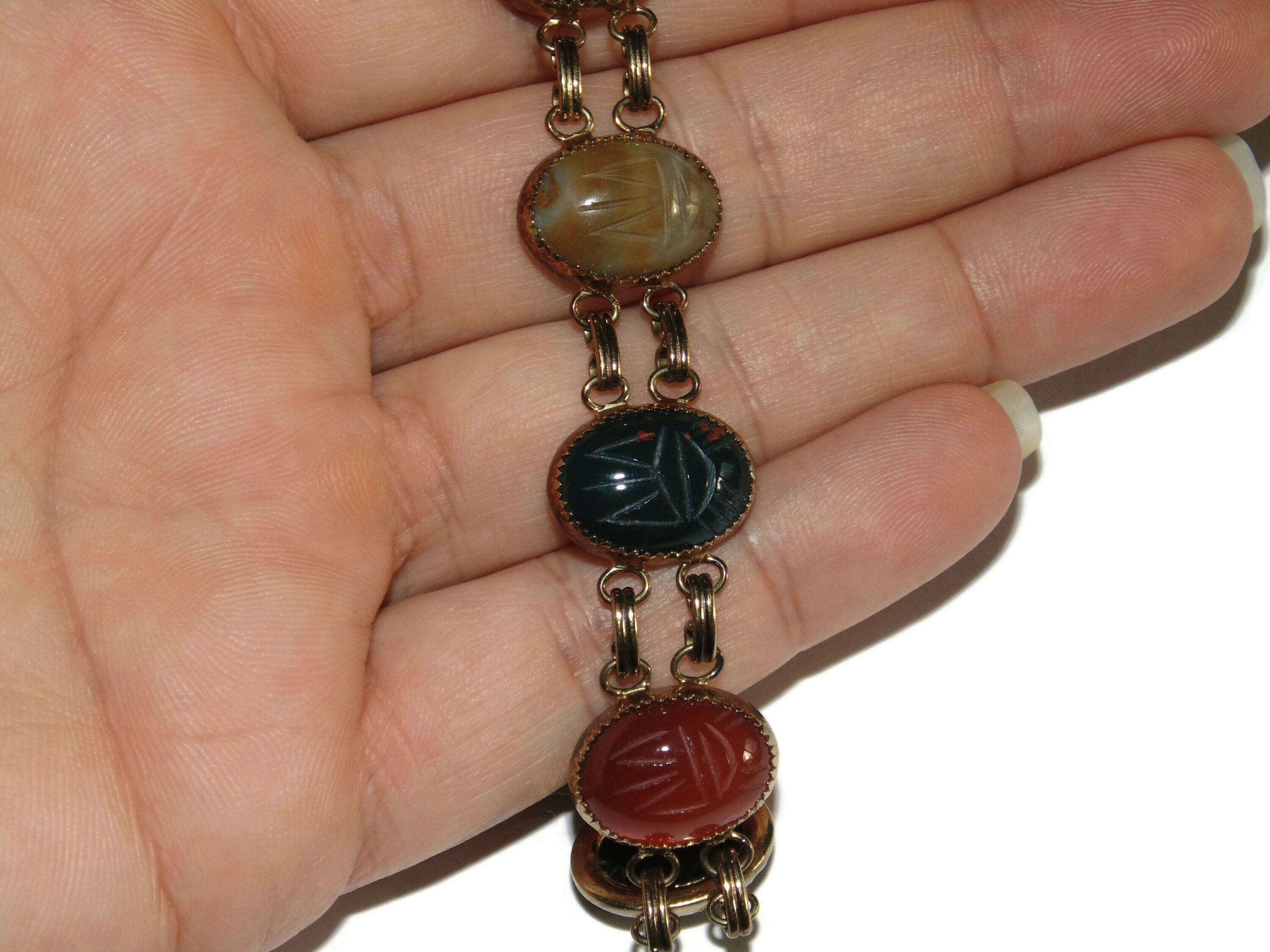 Link to the item: Scarab Bracelet

HOW THE EGYPTIAN REVIVAL PERIOD BEGAN

The artifacts of Ancient Egypt began to emerge into the modern consciousness due to archaeological discoveries in the 19th century.  The translation of the Rosetta Stone in 1822, along with the construction of the Suez Canal between 1859 to 1869, kept Egypt in the news.  However, this influence wasn’t seen in jewelry design until the 1860s when French archaeologist Auguste Mariette made new discoveries of Ancient Egyptian tombs and architecture.  These tombs held artifacts that were shipped back to France and displayed at the Louvre museum.  This, along with the subsequent British control of Egypt in the 1880s ensured an Egyptian revival in the Victorian Era. 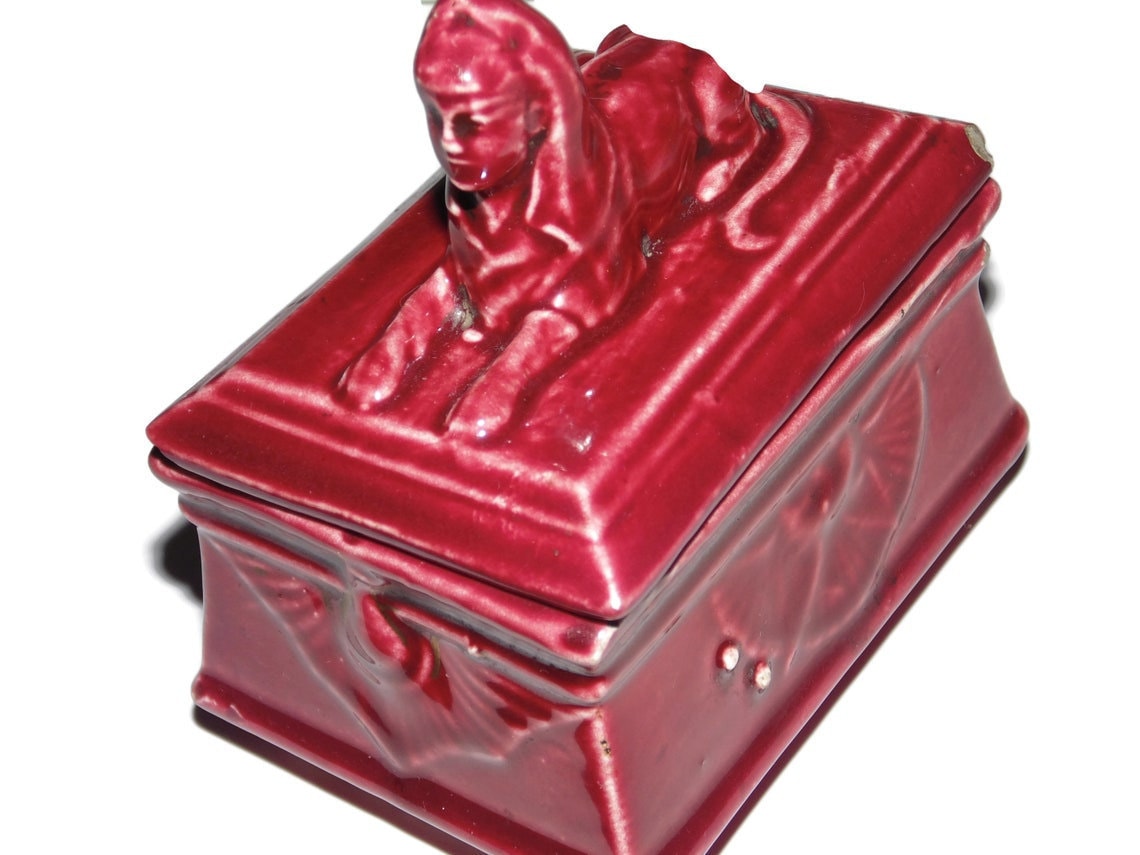 Ancient Egypt continued to influence jewelry design until the end of the Victorian Era when a preference for natural and more feminine forms ushered in the Art Nouveau movement.  This respite didn’t last long, however for in 1922, the discovery of Tutankhamen’s tomb and all the treasures that lay inside ushered in a second wave of Egypt-mania.  The ensuing press coverage, along with the advent of Hollywood and its epic tales of Cleopatra and Arabian Nights, planted antiquity and exoticism firmly into pop culture. Scarab and snake motifs were back, but this influence took on a more nuanced look, as well.  The statuesque look of the pyramids translated into the rigid geometry and symmetrical filigree of the Art Deco movement. 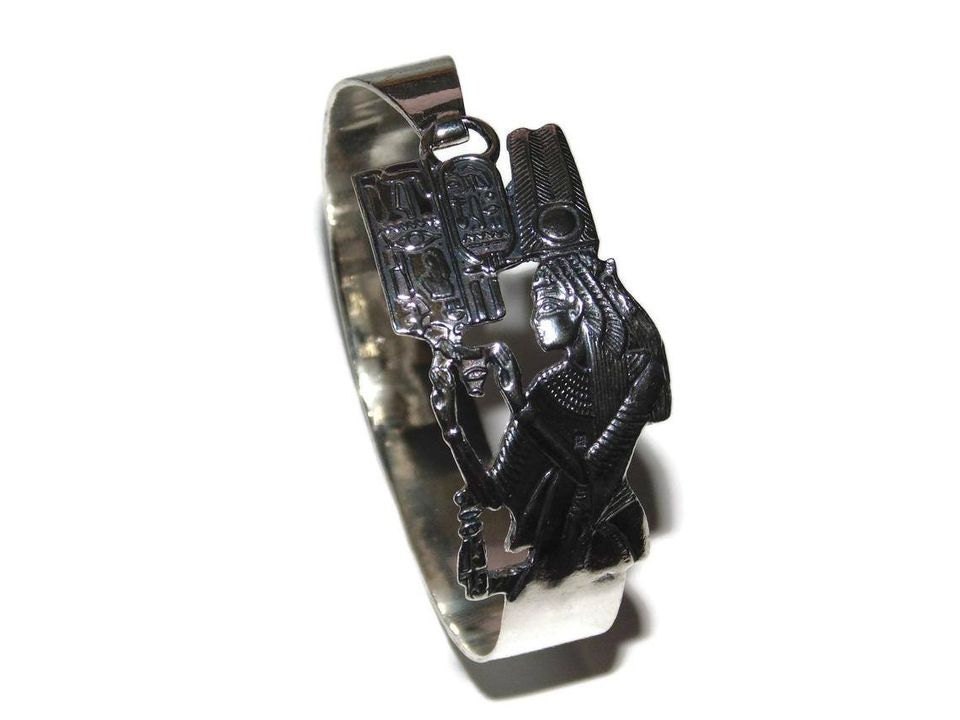